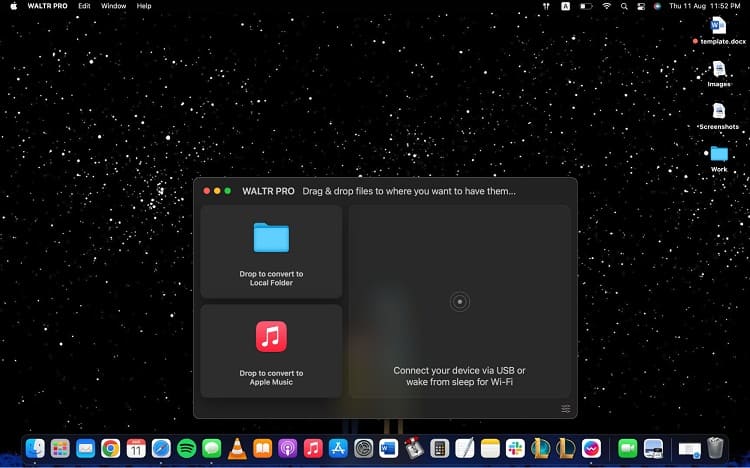 Have you been trying to figure out how to set a ringtone on an iPhone without iTunes? Well, we all know how complicated it can be to convert and transfer files to iOS devices, let alone set a specific ringtone that’s not in the default list of ringtones available to iPhone users. What’s more frustrating is that, unlike Android devices that allow users to set their favorite tracks as ringtones regardless of their format, for ringtones to work on iPhone, they have to be in M4R format.

It is also pertinent to note that while iOS users can use iTunes to add ringtones to their iPhones, this desktop tool is nothing more than a dreaded, complicated software with dozens of unnecessary steps. Even if you think you could learn how to use iTunes, you can only download it on Windows PC as Apple has discontinued iTunes for Mac. 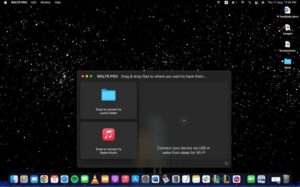 Fortunately, there’s a solution for those of us who don’t want to spend hours learning how to use an inefficient, time-consuming, and highly complicated desktop or online tool – thanks to Softorino. The company has launched an impeccable desktop software called WALTR PRO to make the lives of iOS users marginally easier.

How To Add a Ringtone on an iPhone Without iTunes?

If you’re like us and you want to showcase your good taste in music, shows, or movies with a customized ringtone on your iPhone but don’t want to go through the hassle of using the complicated and time-consuming tool known as iTunes, we’ve got you covered.

We would recommend that you steer clear of those shady online tools that are either inefficient or too slow and often present numerous annoying ads in the middle of the process. Instead, try Softorino’s revolutionary invention known as WALTR PRO – inspired by the Breaking Bad character – that can help you set a unique ringtone on your iPhone without having to use any third-party app.

The software also automatically detects the format of each file you add to it and converts it to an iOS-friendly format. It supports bulk conversions, fast conversions and transfers, automatic metadata addition, and an easy drag-and-drop method.

WALTR PRO is compatible with both Mac and Windows PCs, so download the free trial version of the desktop tool from Softorino’s official website. With the free trial version of WALTR PRO, you’ll be given a chance to test out the product before investing in its budget-friendly license. You’ll get ample time to play with the desktop tool and determine whether it’s worth your time and money or not.

Install the software on your computer once the download is complete and also watch the initial onboarding video to get accustomed to this tool. Once you’ve watched the video, you will be prompted to enter your email address to receive a trial key.

Enter the trial key you receive into the relevant field on WALTR PRO to begin your trial period.

Your next step entails connecting your iPhone to your Mac or Windows PC using its USB cable. Once your device is plugged into the computer in which you’ve installed WALTR PRO, click on the settings wheel and then click on the Enable WiFi Connectivity option in the WALTR PRO window. This step will allow you to pair your iPhone to the WALTR PRO software wirelessly in the future.

You can then connect your iPhone to WALTR PRO via Wi-Fi, given that both your devices are on the same Wi-Fi network.

Yes, it’s that simple! If you don’t want to click on the Select Files option and manually browse your computer to locate and add the ringtone files into the WALTR PRO window, you can use the easy and convenient drag-and-drop method. You can drag and drop as many files as you wish to convert and transfer to your iPhone and initiate the conversion and transfer process immediately, without having to leave the WALTR PRO window.

Why Switch to WALTR PRO For Conversions and Transfers?

Unlike iTunes and other desktop and online tools available in the market, WALTR PRO makes the conversion and transfer process significantly easier for iOS users. It is especially useful for those iOS users who don’t consider themselves tech-savvy or want to find an easier alternative to using iTunes for such conversions and transfers.

WALTR PRO is the perfect desktop tool to replace the conventional, difficult-to-use pieces of software that require dozens of steps to work efficiently. It is budget-friendly, time-efficient, and convenient to use for all iOS users. In our humble opinion, WALTR PRO is truly a revolutionary and remarkable tool.

The following are some more reasons to switch to WALTR PRO today:

Can I Make a Custom Ringtone for My iPhone?

Do you want to add a custom ringtone to your iPhone instead of an entire audio file? Well, the team at Softorino has a solution for you in this regard as well. It is pertinent to note, however, that all ringtones on an iPhone need to be in M4R format, so it’s best to keep this in mind when moving forward.

Another one of Softorino’s creations known as iRingg is the perfect tool to make customized ringtones for iPhones. You can edit, personalize, and transfer your custom ringtones through iRingg in just a few simple steps. What’s even more impressive is that iRingg uses 6-Sense technology to create an algorithm and suggest tracks based on your iTunes and iPhone Music Libraries.

You can make as many ringtones as you like using this tool, transfer them via Wi-Fi, and even add your own voice or sound effects to the ringtones.

Like WALTR PRO, iRingg is compatible with both Windows PC and Mac, so download and install the free trial version of the tool on your computer. Next, click on the Search Music option to use the in-built iRingg browser and search for the song that you want to trim.

You can also take a look at the recommended tracks by iRingg and have your pick. The tool also gives its users the option to listen to the extracts before proceeding and changing the track name. Select Trim and proceed to the next step.

You can also add a fade-out or fade-in effect to the ringtone by moving the yellow onscreen controls.

Once you’re happy with the way your ringtone sounds, you can hit the Export button and select your iPhone to transfer the custom ringtone to your iPhone via Wi-Fi. It is pertinent to note that both your devices need to be on the same Wi-Fi network for wireless transfers to work efficiently.

Alternatively, you can also save the custom ringtone on your computer.

The transferred file will appear under the ringtone menu on your iPhone. Follow these steps to change your ringtone:

In this article, we’ve shown you how to transfer ringtones to your iPhone using WALTR PRO and how to make custom ringtones for your iPhone using iRingg. Both these tools are very handy and easy to use. They have been explicitly designed for iOS users who don’t want to waste their time on complicated and non-user-friendly desktop tools or online converters.

Now that you know how to set a ringtone on an iPhone without iTunes, don’t forget to share it with your friends who might be looking for these solutions as well.