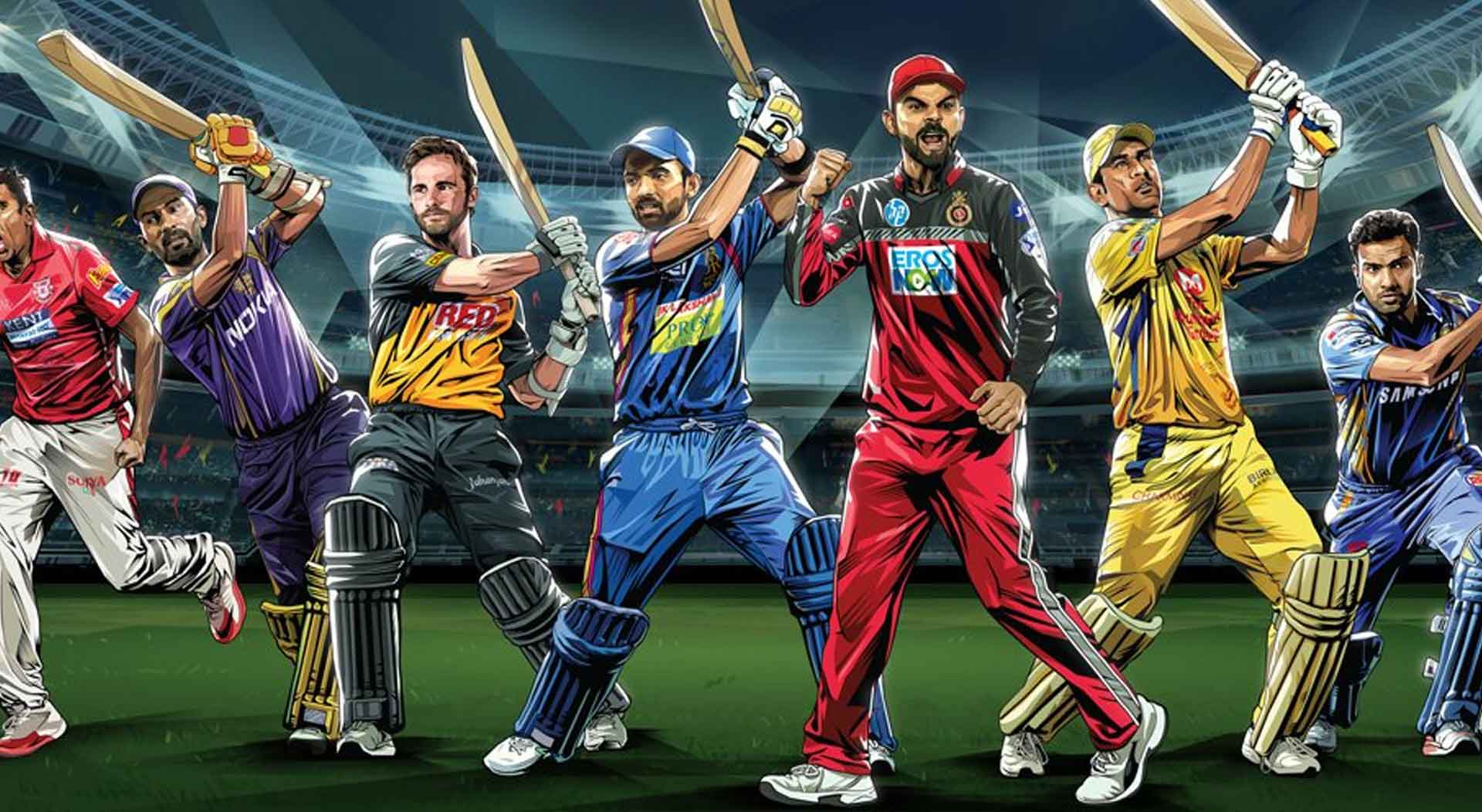 The 13th edition of the Indian Premier League (IPL 2020) is set to get underway on March 29, 2020, at Mumbai’s Wankhede Stadium. A Delhi Capitals official reportedly said that the starting date is set to be March 29, with defending champions Mumbai Indians (MI) playing the opener at Wankhede.

The IPL players’ auctions 2020 took place in Kolkata on December 20. Australian pacer Pat Cummins, who went to Kolkata Knight Riders (KKR) for Rs 15.5 crore, was the most expensive buy.

In the pecking order of all-time most expensive players in the history of IPL auctions, Cummins is second only to Yuvraj Singh, who had been signed for Rs 16 crore by the Delhi franchise (then Delhi Daredevils) in 2015.

A total of 62 players were sold in the IPL 2020 auction from a pool of 332 players who were in race for 73 slots across the eight IPL teams. The total money spent was Rs 140.3 crore. A total of 186 Indian players and 143 overseas players were in the auction pool.

Kings XI Punjab bought Australian all-rounder Glenn Maxwell, who was not considered for the upcoming ODI series against India, for Rs 10.75 crore, after an intense bidding war with Delhi Capitals. KXIP had entered the auction with the biggest available purse of Rs 42.70 crore.

Not only was Chawla the most expensive buy for CSK but the price he received (Rs 6.75 crore) was also the highest offered to an Indian cricketer in the IPL 2020 auction. Chennai’s desperate measure to grab Chawla for a hefty sum came as a surprise to many, given that they already have five spinners in the squad. Head coach Stephen Fleming, however, clarified after the auction that MS Dhoni has a good relationship with the leg spinner. “We rate him very highly. The captain has a great relationship with him. He is a quality leg spinner and he is very different from Karn Sharma. We have a balanced side; we have always favoured spin. Our home ground is very spin-friendly,” said Fleming.

Chennai Super Kings also bought Australian pacer, Josh Hazlewood at his base price of Rs 2 crore. He would prove useful as the team do not have any other genuine overseas fast bowler apart from Lungi Ngidi. In the IPL 2020 auction, CSK also strengthened themselves in the all-rounder department by picking Englishman Sam Curran for Rs 5.5 crore. Curran can fit into the playing 11 during away games. CSK’s fourth buy was uncapped R Sai Kishore, who was picked at his base price of Rs 20 lakh.
Here are the key numbers for CSK after the IPL 2020 auction:

Full list of Chennai Super Kings’ IPL 2020 players along with their salaries:

This forced the RCB auction panel, led by head coach Mike Hesson, to look for another option, which they found in South African bowling all-rounder Chris Morris and bought him for Rs 10 crore.

RCB also bagged a top-order batsman in Australian limited-overs skipper Aaron Finch for Rs 4.4 crore to add to the firepower of Kohli and AB de Villiers. The Bangalore IPL team strengthened their bowling line-up with some late buys — Australia’s Kane Richardson for Rs 4.4 crore and South African Dale Steyn for Rs 2 crore. One of the under-rated picks of the IPL 2020 auction — Joshua Phillipe, who burst on to the cricketing scene with a blistering 44-ball 81 for Sydney Sixers in the ongoing Big Bash League — was also bought by RCB, at his base price of Rs 20 lakh.
Here are the key numbers for RCB after the IPL 2020 auction:

Full list of Royal Challengers Bangalore’s IPL 2020 players along with their salaries:

With a new name, new crest and new colours, Delhi Capitals will be aiming to make their mark in the 12th edition of Indian Premier League (IPL) after almost a decade of below-par outings in the cash-rich league.

After doing well in the initial couple of years, the Delhi-based franchise have never appeared in an IPL play-off. The last time they qualified for the play-offs was in 2012.

Delhi dominated the charts initially under the likes of Gautam Gambhir, Virender Sehwag, AB de Villiers, Daniel Vettori and Amit Mishra, but as the seasons went by it struggled to find their old charm and mostly finished at the bottom.

For the upcoming edition, Delhi Capitals have strengthened the middle-order batting by investing the lion’s share on Colin Ingram (Rs 6.4 crore), besides spending Rs 2 crore each to bag services of all-rounder Hanuma Vihari and Sherane Rutherford.

For the 2019 edition, Delhi have retained 14 players and traded in 1 player (Shikhar Dhawan from Sunrisers Hyderabad). In IPL 2019, fans could witness the old charm of Delhi as several quality players have been retained and bought by the franchise.

Last year, Delhi finished at the bottom, losing nine matches out of 14.

Kings XI Punjab (KXIP) is an Indian Premier League (IPL) franchise based in Mohali and plays their home matches at PCA IS Bindra Stadium. Since the IPL 2010, the team has been playing some of its home games at Dharamsala and Indore as well. The franchise was founded in 2008 and is owned by Preity Zinta, Wadia Group and Dabur. They reached the semifinals in the inaugural season of IPL, while finished runners-up in 2014. However, the team failed to make any mark in the rest of the IPL editions of IPL, as they consistently remained at the bottom half of the IPL points table.

Ahead of the IPL 2019 players’ auction, KXIP released the stalwarts like Aaron Finch and Yuvraj Singh among 11 players. They bought 13 players in IPL auction focussing on uncapped players. KXIP set the trend of buying lesser-known players as they bought leg-spinner Varun Chakaravarthy, and further bolstered their bowling attack by adding Curran and India’s pace spearhead Mohammed Shami for Rs 48 million (Rs 4.8 crore).

Kings XI Punjab, under the captaincy of Ravichandran Ashwin, will look to revive their fortunes with a good combination of youngsters and experienced players like Chris Gayle and K L Rahul.

Kolkata Knight Riders (KKR) is Shah Rukh Khan-owned Indian Premier League (IPL) franchise, hometowned in Kolkata. KKR plays their home matches at the iconic Eden Gardens. Juhi Chawla and others are the owners of KKR. The official theme song of the team is Korbo, Lorbo, Jeetbo Re (we will perform, fight and win!). Although the team gained immense popularity due to its association with celebrity owners, it performed pathetically in the first three seasons, thereby tarnishing its image. The team’s performance, however, improved from the fourth season as it qualified for the IPL playoffs. They lifted the IPL trophy in 2012 and 2014 under the captaincy of Gautam Gambhir.

In IPL 2018, they qualified for playoffs but their journey was halted by Sunrisers Hyderabad. Ahead of IPL 2019 players’ auction, Mitchell Starc, Mitchell Johnson, Tom Curran, Vinay Kumar were retained, while the franchise bagged Carlos Brathwaite, Lockie Ferguson Harry Gurney among others. KKR is jolted by the injury of young all-rounders such as Kamlesh Nagarkoti and Shivam Mavi but they still have a potent pace attack with Lockie Ferguson, Prasidh Krishna and Andre Russell. The well-settled trio of spinners — Narine, Piyush Chawla and Kuldeep — will continue to stick to its role.

Mumbai Indians (MI) are the Mumbai-based Indian Premier League (IPL) franchise that play their home matches at Wankhede Stadium in Mumbai. They are one of the two teams that have won the IPL title thrice (2013, 2015 and 2017).

Founded in 2008, Mumbai Indians is owned by India’s biggest conglomerate, Reliance Industries, through its subsidiary IndiaWin Sports. The team had a disastrous start to IPL 2018, as they lost 5 of their 6 matches. However, they excelled in the later half of the tournament, though that was not enough to book a place in the playoffs. They will look to avoid such a pass in IPL 2019.

Rohit Sharma and his men will definitely want to forget those matches and redeem themselves this season.

Mumbai have a pool of young talent in the form of domestic players like young Ishan Kishan, Surya Kumar Yadav, Anmolpreet Singh and Siddhesh Lad. That should come handy in this year’s IPL extravaganza.

In the IPL 2019 player auction, Mumbai Indians also acquired the services of veteran all-rounder Yuvraj Singh for a price of Rs 1 crore. They have also bought back experienced Sri Lankan pacer Lasith Malinga at his base price of Rs 2 crore. Off-spinner Jayant Yadav has also been acquired by the franchise.

Although Malinga has served Mumbai well in the past, both he and Yuvraj are well past their prime and it remains to be seen how they perform this season. Mumbai had last won the IPL in 2017. They had finished at the top of the points table that season, winning 10 out of their 14 matches. They went on to win the trophy after beating Rising Pune Supergiant in a nail-biting final. But their performance fell dramatically last season when they finished at the fifth spot after winning six of their matches and losing eight.

Rajasthan Royals (RR) is a Jaipur-based Indian Premier League (IPL) franchise. RR is one of the original eight IPL franchises when IPL began in 2008. At present RR is owned by Manoj Badale along with other investors. The Pink City franchise won the inaugural edition of IPL under the captaincy of Australian legend Shane Warne, who was also the team’s mentor. Rajasthan Royals’ IPL journey has been marred by many controversies. In 2010, BCCI terminated the contract of the franchise but later reversed its decision after reaching a consensus. However, in 2016, Rajasthan Royals was caught in a spot-fixing scandal. The Lodha committee recommended a two-year ban for the team and the BCCI followed it. RR returned to the tournament in 2018 edition. Rajasthan Royals’ home ground is Sawai Mansingh Stadium in Jaipur.

Rajasthan Royals went into the playoffs of IPL 2018 season. But failed to make it to the finals as they lost Kolkata Knight Riders (KKR) in Eliminator. In the 2019 edition of the IPL, Steve Smith is set to return to the team after serving one-year ban in ball-tampering row. His return will boost the confidence of the side as he fills the gap of an experienced player in the middle order. In IPL 2019 players’ auction, Rajasthan Royals has bought 8 new players and while repurchased Jaydev Unadkat again, but this time at a lower price ( Rs 8.4 crore).

“Sunrisers Hyderabad (SRH) is a Hyderabad-based Indian Premier league (IPL) franchise. SRH was founded after the Deccan Chargers team was terminated in 2012.

The Hyderabad franchise at present is owned by Kalanithi Maran of Sun TV Network. The home ground of Sunrisers Hyderabad is Rajiv Gandhi International Stadium, whichhas a capacity of nearly 60,000.

SRH went to the playoffs in their debut IPL season but failed to continue their performance in subsequent tournaments; they finished 6th in 2014 and 2015. They won their first IPL title under the captaincy of David Warner, beating Royal Challengers Bangalore in the finals.

SRH reached to playoffs in IPL 2016 but their journey was halted by KKR in the eliminator. IPL 2019 will be SRH’s seventh outing in all the IPL tournaments so far.

The Hyderabad franchise is now coached by Tom Moody, with Simon Helmot as assistant coach, Muttiah Murlitharan as bowling coach and VVS Laxman as mentor.

Mahendra Singh Dhoni is the first Indian captain to win the IPL.

4. Which is the most dangerous team in IPL?

Rcb is the most dangerous team in ipl.

As of now, Delhi Capitals seems to be the strongest team for IPL 2020 with the indian core of Shaw, Dhawan, Rahanae, Iyer, Pant at top and Ashwin, Mishra ,Axar, Ishant at down the order. With the strong foreign core of Sandeep,Rabada and Paul.