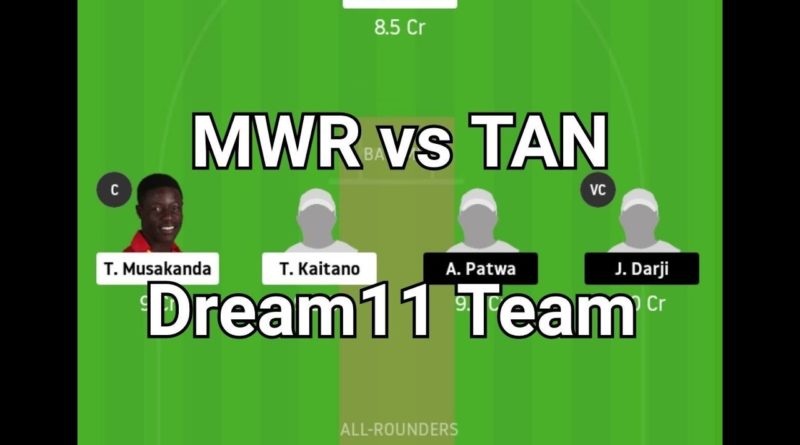 In Tanzania On Tour of Zimbabwe To Prepare for T20 World Cup Africa Qualifiers 2020, we have Mid West Rhinos squaring off against Tanzania at Kwekwe Sports Club. This match will be taking place on March 19, 2020, at 5:30 PM IST.

Mid West Rhinos, which is the domestic club of Zimbabwe, is facing off against the national men’s squad of Tanzania, from 14th of March 2020 to 20th of March 2020. They were scheduled to face off each other for the six Twenty20 matches. It is to prepare for the ICC T20 World Cup Africa sub-regional qualifiers, which is expected to be held between April 25, 2020, and May 5, 2020. This upcoming tournament’s Group A level involves teams such as Tanzania, Mozambique, Botswana, Cameroon, Sierra Leone, and St. Helena.

Both the teams have participated in a total of three T20 matches so far, in which MWR has succeeded in two matches and TAN has taken victory in one match. TAN has won the first T20 match by four runs. In the second T20 match, MWR has won the game by 16 runs. In the recent match, MWR has won the game by six wickets. In the first innings of the match, TAN has scored 129 runs out of 120 balls, with the loss of eight wickets. In the second innings of the match, MWR has managed to reach the target by scoring 130 runs out of 98 balls, with six wickets and 22 balls left to spare. Let’s see whether MWR manages to take their hat-trick win in this tournament or TAN manages to take their second victory. Dream 11 Predictions