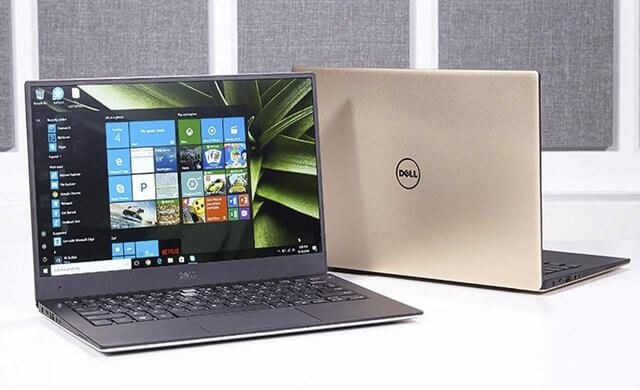 Laptops have become a priority for today’s generation. It has become a major part and parcel of our day to day lives. It is a machine that provides the overall development of today’s youth. It has made our lives more simple, smart, productive, and less time-consuming.

The laptop is required everywhere: be it working at home, or office or even starting your own business. The portable function of the laptops helps us to carry it anywhere and even allows us to work in a time crunch or a space crunch. We can even open our laptops in public transport and start working, hence always be hands-on in completing our tasks.

Now, for a fresh buyer, the major question is which company laptop to buy? Or which specification to go for? Making the right choice, while buying a laptop in a market full of competition amongst different brands, is a huge task for the customers. Choosing the right and best laptop brand in india is much needed to work smoothly with less hassle.

Here is a List of the top 10 best laptop brands in India:

Apple or Apple Inc. was established in 1976 by Steve Jobs with its headquarters situated in Cupertino, California, USA. Apple is amongst the best-rated brands in the world present in over more than 90 countries. This company has gained wide recognition and popularity amongst the customers for more than four decades now.

Apple, in India, is the most popular for its hardware consumer products. Apple sells personal computers in the name of Macbook and attracts consumers for its smooth functionality. The main trademarks of an Apple computer are its wide-ranged features, amazing performance, inbuilt technology, and elegance.

Hewlett- Packard(HP) is a multinational IT company located in California, USA. Established in the year 1939, HP boasts of having the highest numbers of customers buying laptops in India. HP has a market base in over more than 150 countries with the biggest market in India.

Having a good reputation over many decades of service, HP holds a name in the market of making laptops with the latest technology and offers great features with excellent performance. Its amazing inbuilt technology has given the company the mileage to be on the top in the market. The HP Pavilion Notebook is considered the best selling laptop variant of this brand.

Dell is a US Multinational company with its headquarters located in Round Rock, Texas. This company was founded in the year 1984 and is now operational in more than 70 countries around the world. This three-decade-old company is popular due to the smooth inbuilt features in their laptops.

The company boasts of manufacturing laptops that are unique in their styles, performance, and elegance and thus have gained wide recognition and a name for themselves in the market. The most heavily sold laptop of Dell is the Dell Inspiron in the Indian market and has a good reputation in the market base.

Vaio was established in the year 1996. This company was a subsidiary to Sony till Feb 2014 but Sony sold 95% stake ownership right of the company to a Japanese company namely Japan Industrial Partners in 2014.

The main trademark of the company is the manufacturing of laptops with excellent performance skills. The laptops are good in there in built features, elegance, durability, and strength. This company has a big market in India with an increase in sales every year.

Lenovo is a very popular Chinese company established in the year 1984. It has a wide market base serving customers in more than 60 countries around the world. This company has garnered a name of itself in the manufacturing and selling of laptops with excellent performance skills. The laptops produced by these companies have well-inbuilt features, elegance, durability, and strength.

Though its trademark has always been in manufacturing smartphones, in the past few years, Samsung has earned a good name in the laptop segment too. The smooth functionality with amazing performance skills topped with durability and elegance has made the Samsung laptops consumer-friendly and has earned a good reputation in the market.

Asus was established in the year 1989 with its headquarters in Taipei, Taiwan. This company has garnered a good name for itself on the world market in a very less time span. Asus boasts of manufacturing high-class laptops with top performance skills, wide-ranged features, technology, and strength at a very less price.

This company has earned a good reputation in manufacturing of electronic goods in a world market in a less time.

Acer was established in the year 1976 with its headquarters in New Taipei, Taiwan. Though it was established in 1976, it came to India in the 1990s. This company has achieved new mileage in the world market scenario due to its competitive nature.

Acer boasts of manufacturing laptops with long battery backup, excellent digital quality of sound, and its sleek designs of the screen display. It also manufactures laptops with good performance skills, wide features, elegance, and strength. Now, in India Acer laptops is in high demand which has uplifted the company’s worldwide value.

Toshiba is a Japanese company with its headquarters located in Minato, Tokyo, Japan. Since its inception in the year 1939, Toshiba has earned a lot of applause and accolades for manufacturing consumer-friendly electronic appliances at affordable rates.

Toshiba boasts of manufacturing laptops with good battery backup, excellent performance, amazing features, better technology, and durability. This company with more than seven decades of fame has a good market base in India and simultaneously on global platforms.

Alienware is a subsidiary product of Dell. This laptop brand basically deals with gaming and its experiences. This is the most sought after laptop brand for gamers. The Alienware boasts of providing the best hardware, high-class gaming features, and advanced technology combined in one but at a high price.