Take a look at the list of top IT trends for the year and you will see automation there. Even if it is not featured directly, it has a huge influence on the latest IT trends. For instance, cloud, digital transformation, DevSecOps and artificial intelligence all have their roots in automation.

What’s more, the role of automation will only grow whether it is businesses and industries. If you really want to make the most of this automation revolution, you should know the current state of automation and where the automation industry is heading in the future. That is exactly what we will discuss in this article.

In this article, AntiDos highlights eight automation statistics you wished you knew earlier. 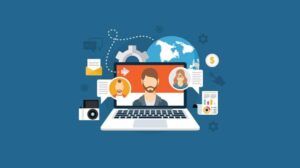 8 Automation Statistics That Will Blow You Away

Here are eight automation statistics that will make your jaw drop.

1. 60% Employees Are Worried That Automation Will Take Their Jobs

One of the biggest hurdles that prevents automation wider adoption is that people fear that it might take their jobs. In fact, 60% of employees think that automation will make them jobless. According to a survey conducted by PwC, 6 out of 10 respondents said that they are worried about automation. According to them, automation will put their jobs at risk in years to come. The survey included more than 32,000 workers from around the globe.

2. Automation Will Take Away 85 Million Jobs

Everybody knows that automation will replace humans and take away jobs but very few people know the exact number. According to the World Economic Forum, the number is 85 million. Yes, you read that right. Automation will replace 85 million jobs worldwide. If you are working a job which can easily be automated, you should be worried. You need to learn a skill that artificial intelligence can not easily replicate or get so much better at what you do that AI can not beat you at it. There are still a lot of things that AI can not replicate such as emotional intelligence, creativity, critical thinking and creating a strategy.

As more and more businesses start to embrace automations, employees are ready to learn new skills to stay relevant. Not only that, employees are more willing to retrain themselves for the automation age. According to the PwC survey I referenced above, 77% of employees are ready to learn new skills and retrain themselves. In fact, 40% of people have improved their digital skills during the pandemic. These numbers clearly indicate a shift in employee behavior due to rapid adoption of automation by businesses.

5. 73% Respondent Say That They Had An Intelligent Automation Initiative

One of the direct consequences of the pandemic was that it accelerated the adoption of automation. Even though most people have predicted otherwise, we have seen automation initiatives grow exponentially. According to a Deloitte survey, there has been a 58% increase in automation initiatives when compared to last year. Experts suggest that number will surge even more in years to come. Even if the pandemic goes away, these trends are here to stay for a long time so don’t expect automation to slow down anytime soon. It is highly recommended that you be a part of the automation revolution instead of being left out.

If you think IT automation is all about artificial intelligence and machine learning then you have got it all wrong. There is much more to IT automation than just that. Everything from configuration management to security, infrastructure as a code to container orchestration and much more comes under IT automation. That is why more and more organziation have started using Kubernetes to take the hassle out of the process.

Kybernates is basically an open source platform that helps you containerize workload and services. It not only increases developer productivity but also offers portability and flexibility you won’t find anywhere else. This is the reason why 88% of IT professionals are already using Kubernates while 74% have even started using it in production.

DevSecOps fuses development, security and operations and integrates security at every stage of the software development lifecycle. It not only helped businesses create secure apps faster and ensure efficient collaboration and communicate. Not only that, it even lets you identify vulnerabilities in the code early and fix them as soon as they are found. Due to all these benefits, a vast majority of businesses (74%) have adopted DevSecOps.

Which of these automation statistics you didn’t know about? Share it with us in the comments section below.