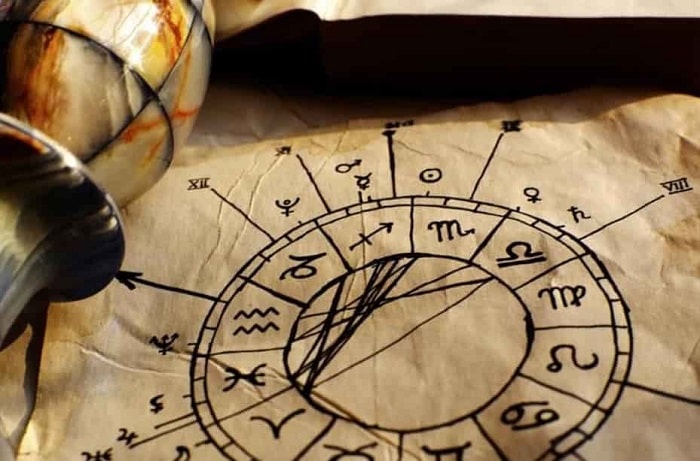 The Differences (and Similarities) Between Eastern and Western Astrology

Astrology is like all things in life – it doesn’t come in just one, singular neat little package. Whilst there are many similarities between the different schools of thought, small variations can have big impacts. But don’t let this fool you into thinking one is better than another. Infighting amongst Western astrology variants alone can complicate what should be a beautiful thing to behold, let alone when people start comparing Western to Eastern astrology, Aztec, Chinese and Hellenstic. But what are Western Astrology and Eastern astrology all about, and how do they compare?

Perhaps the best place to start would be to go back thousands of years ago and get to grips with ‘precession’. This is the ‘wobble’ that occurs when the Earth spins on its axis, and it occurs every 26,000 years or so. The tilt of the Earth is affected and it shifts the Earth’s ecliptic plane one degree every 72 years. Whilst we may have been looking at the same ecliptic plane many years ago, in the past 2,000 years the signs in relation to the position of the suns and planets bear no resemblance to the ecliptic plane of years past.

Western astrology (most commonly referred to as Tropical astrology) decided to continue to focus on the planet’s fixed positions, as well as the four seasons. It focuses on a static system, regardless of the changes in the Earth’s axis. It focuses on the Sun.

Eastern astrology – namely here Vedic astrology – believes that precession is important in how the constellations are read and instead uses the sidereal system. It focuses on the Moon. With the shifting planetary movements and the expanding universe, it means that the moon signs actually change every two and a bit days.

A key impact this has on the astrologer, or even your average person with a slight interest in their horoscopes, is their sun or star signs. Due to looking at and calculating the position of the planets, moon and sun in a different way, it knocks our signs out of kilter, depending on which system you follow. A Cancerian in the Western world becomes a Gemini in the East, and so on. The causes concern for some and the newspapers love to dramatise how we’ve been looking at the skies wrong all these years. But when you scrutinise the two signs together, it can actually bring a more holistic view to readings, and some astrologers choose to consult both. The traits and characteristics of the signs themselves and the interpretations of their symbolism are actually very similar across both fields, which can be comforting to know.

Vedic astrology (influenced by the Vedas, though it’s worth noting ‘Vedic’ became more popular since the explosion of yoga and Ayruveda in this past century) has been documented since Ancient times, some even say as far back as 10,000 BC. In Western astrology, we go back to the 2nd Century, continuing the work of Babylonians in Mespotamia 3,000 years ago. Either way, it has been used in both continents to predict outcomes in battles, feature at the heart of rituals, explore and improve our own destinies, and understand our personalities and experiences.

A noticeable difference between Vedic (or Jyotisha, ‘the science of light’ in Sanskrit) and Tropical astrology is not only in itself, but its place in the society it exists within. Vedic principles have been ingrained in Hinduism and wider India for tens of thousands of years, and even today, in a time of scientific repeal across the Western world, it is more respected by society than in its Western counterparts.

In the UK certainly, whilst we may throw a star sign into a conversation casually and either raise an eyebrow or smile knowingly, it is can often be perceived to have less scientific backing and more of an ‘alternative therapy’ style air about it. In the Vedic system, society openly uses it to make decisions, name children, plan weddings and more. In Western astrology, there can sometimes be an avoidance of foretelling bad news for others and using it solely to make big decisions; rather a softer approach taken.

It would be impossible to try and cover this complex and exciting topic in such few words, so if this is new to you or you have holes in your knowledge, make a vow to explore more so you can have an informed opinion and maybe even improve your practice. If you’re looking to expand your knowledge on Western, or Tropical astrology, you can explore its history, usage and get your own natal chart from JKS Astrology.  You’ll find the lessons on natal charts useful too. Come say hi!