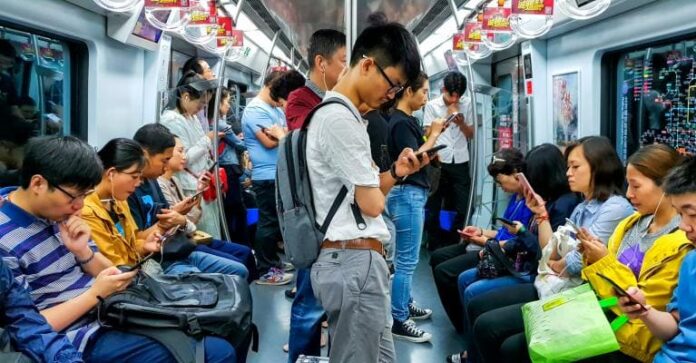 China is one of the most restrictive countries when it comes to internet access. This is mainly due to the country’s strict censorship laws. China is known for its strict internet censorship policies.

These policies can restrict access to websites, prohibit certain online activities, and limit the availability of certain software applications. 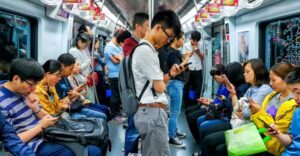 What Are Internet Restrictions In China?

Internet restrictions in China are pervasive and varied. These restrictions can be found in the form of firewalls and censors, both external and internal, that limit access to certain websites or content.

The Chinese government justifies these restrictions by asserting that they are necessary for security reasons, public order, or cultural preservation. However, some argue that these measures restrict freedom of expression and assembly.

Despite these restrictions, access to the Internet is growing faster in China than in any other country. This growth is largely attributable to mobile phones, which are becoming more widespread and affordable.

Methods to bypass internet restrictions in China have evolved over time, as the government has tried to crack down on online freedom.

There are a variety of methods that can be used to circumvent internet restrictions in China, including using virtual private networks (VPNs), using proxy servers, and using special software known as circumvention tools.

You can use different internet settings as well on your mobile to bypass some geo-restrictions such as fastest APN for qlink wireless, Verizon APN & so more.

VPNs are one of the most popular methods for bypassing internet restrictions in China. A VPN allows users to connect to a foreign server, which will allow them to access websites and services that are not normally available in China.

Proxy servers are another popular method for bypassing internet restrictions in China. Proxy servers redirect user traffic through an intermediary server, which removes the user’s IP address from the original request and makes it appear as if the request was made from within China.

Can People In China Use VPNs?

VPNs are not allowed in China. This is because the Chinese government believes that VPNs allow people to bypass censorship and access blocked websites. However, some people in China are still able to use VPNs because they use unofficial VPN services.

There are a few things to keep in mind when using a VPN in China. First, make sure you have the correct version of the software installed on your device. Some VPNs only work with certain devices, so be sure to check before you start. Second, make sure you understand the terms of service of the VPN you’re using. Many of them have restrictions on how often they will block content or throttle your speeds, so it’s important to read each one carefully. Finally, be aware that some Chinese providers have started blocking VPN traffic altogether.

Is It Possible To Bypass The Internet Restrictions Of China?

China has one of the world’s most restrictive internet policies. In order to access the internet, citizens must have a government-issued ID and use a Virtual Private Network (VPN) to tunnel through China’s firewall. China is known for its tight internet restrictions. This has made it difficult for many people to access the internet. However, there are ways to bypass these restrictions. One way is to use a VPN. VPNs allow people to connect to the internet from outside of China. This can be useful for accessing blocked websites and services. Additionally, VPNs can also help protect against online security threats.

There are three main methods for circumventing Chinese internet restrictions:

VPNs, DNS tunneling, and WebRTC leak protection. VPNs allow users to connect to servers in other countries, which allows them to access content that is blocked in their country.

DNS tunneling allows users to route their traffic through third-party DNS servers, which can help them bypass censorship restrictions.

How Do I Bypass Internet Restrictions?

Internet access is a fundamental right that should not be restricted to those with access to an approved network. There are many ways to circumvent internet restrictions, but the best way to find out depends on the restrictions being enforced.

Some ways to circumvent internet restrictions include using a virtual private network (VPN) or proxy server. VPNs create a secure connection between your computer and a remote server, allowing you to bypass filters and access blocked websites.

Proxy servers transparently redirect requests from your computer to other servers, making it possible to view websites that are normally blocked. However, both VPN and proxy services can be expensive and may not be available in all countries to use a VPN service to mask your true location and encrypt your traffic.

Another option is to use a proxy server to spoof your internet location. A third option is to use a circumvention tool such as Tor or i2p. Finally, you can use free applications such as Hotspot Shield or OperaVPN that allow you to access restricted websites without being detected by the authorities.

Another way to circumvent internet restrictions is by using a proxy browser extension. These extensions allow you to browse the web through a different server than the one you are using for your regular browsing.