PUBG (PlayerUnknown’s Battlegrounds) is one of the most popular games in the world; Gamers love this game too much. Here you will know how to play PUBG on PC, most people know how to play and download PUBG on mobile devices.

PUBG Mobile is free for everyone; you don’t need to pay a single penny to download this game on your device. However, when the PC arrives, you need to pay some money (around $ 10) to download and play this game, you can PUBG PC Download india through Steam, it is the official and paid way.
You have two options to download and play PUBG on your PC / Laptop, first buy PUBG for PC through Steam and then use Emulator and play PUBG Mobile on your PC. Here I will share the two ways with you step by step.

Downloading PUBG to PC is a simple process, there are a number of emulators available on the Internet, now if you think about what an emulator is, then it’s software that creates an Android or iOS environment on your PC .

Using the emulator, you can install almost all Android and iOS apps, games on your computer. If you don’t have a graphics card yet, you can play PUBG on PC as emulators behave like the Android platform.

There are many emulators available on the internet, but only a few emulators are good for playing PUBG because PUBG is a massive game with lots of controls. Below are some great emulators that I have personally used that work well.

If you want to play PLAYERUNKNOWN’S BATTLEGROUNDS on your PC / laptop, you must install Bluestack or you can also use Steam for Windows. Here is a complete guide to install and play PUBG Mobile on Windows for free. Just follow the steps below. 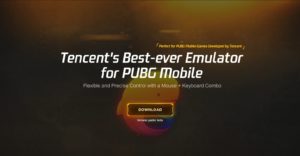 PUBG Mobile runs smoothly on this emulator. You must learn all the control keys to play PUBG to get the best games, you can’t play well the first time, but after 5-8 games, you will enjoy.

How to install Tencent Gaming Buddy

You can also download Tencent Gaming Buddy directly by clicking on the below link.

Remember that you must have around 3 GB of Internet data to complete the process. While using the emulator, your team or will only be paired with other players in the emulator.

You don’t need to create an account or use VPN on this emulator; you also get regular update of PUBG Mobile. 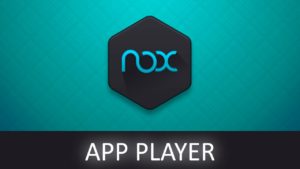 NoxPlayer is also a good emulator that works with the minimum system requirements; It is a stable, fast and reliable emulator. Users can play almost all the games in this emulator.

Download Nox App Player from the link below and install it on your computer, after that you need to login with your Gmail ID.

After logging in, you can access the Google Play Store, so type “PUBG Mobile” in the search bar and install the game on your PC via the Nox emulator. 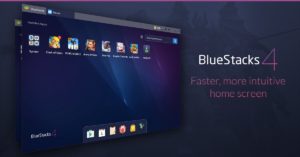 BlueStacks 4 is also a good free emulator but entirely different from the above, Tencent is specially designed for PUBG, but BlueStacks is universal. By using BlueStacks, you can play almost any game on your PC.

BlueStacks works with minimum requirements like 2GB of RAM and 4GB of hard drive space, but for a better graphical and user experience, you should have at least 4GB of RAM.

Now click on the install icon, remember the app size is around 1.7 GB.
After installing the PUBG mobile you will get the shortcut on your PC’s home screen, you can also find an icon in my apps section of the Bluestacks.
After launching the game you have to create a username in PUBG, Now all things are done, and you can enjoy PUBG PC on your PC free of cost.

Remember:- While using emulator your team or you will only be paired with other players on the emulator. 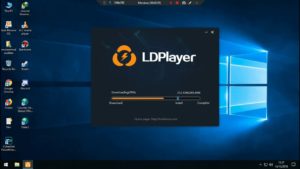 LDPlayer is another feature-packed emulator for Windows 10 and is dedicated to smartphone gamers. Good keyboard mapping controls, compatibility with the latest Android games and active updates make LDPlayer a reliable gamer-oriented emulator.

In addition to PUBG Mobile, you can use this emulator to play other popular smartphone games like Clash of Clans, Brawl Stars, Black Desert Mobile, and Call of Duty: Mobile.

As for the disadvantages, this emulator runs on an earlier version of Android.

Make sure the emulator you are using is running on Android 5.1.1 or later and that your PC has at least 2GB of RAM. Similar to PUBG, you can download, install, and play PUBG Mobile Lite on your PC using any of the Android emulators mentioned above.

Within a few hours of play, you get the feeling that everything, even the smallest detail, has a purpose. For example, each door is closed when a match starts, so doors exist as doors, but when they are open they also serve as a warning sign that you are not the first person to arrive here.

Military bases and cities harbor powerful weapons, but that draws more players, and therefore more conflict. A long time ago, high-level players began to memorize the default address of cars, in order to distinguish an intact vehicle from a distance.

The more you play, the more you learn how the game works. Every few minutes, the playable area of ​​the map begins to shrink to a random location, and players outside the safe area will take incremental damage and eventually die if they don’t enter the safe area in time. In the game, players see the limit as a bright blue wall that contracts over time.

On the way to the center of the circle, you can eliminate competition or allow them to fight each other. Whether you’re shooting from a distant cliff, going from house to house with a shotgun, or just hiding in the undergrowth, the number of survivors will inevitably decrease as the blue circle pushes them to a place like a giant trash compactor of conflict . 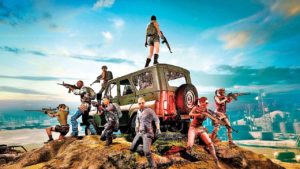 PUBG is a great shooting game which is why people spend their time with it; You can play PUBG Mobile on your computer for free, and the emulator is the free choice for PUBG PC devices. Tencent Gaming Buddy and Bluestacks recommend emulators to play PUBG on PC.