Everyone likes gaming and there are hundreds of games released every day in India, the gaming industry is growing every day. The market has not been able to compete with PC and console games for hardcore gamers. However, mobile gaming is still an important part of the gaming revolution that’s sweeping India, particularly in terms of revenue because it’s what attracts casual gamers more than anything else. 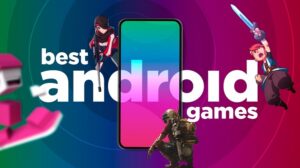 Today we will be describing the top mobile games which were recently introduced in India and are currently trending. The gaming industry in India is booming due to these extremely popular mobile games. A report released by the market research company, Superdata shows that game downloads in February 2021 totaled $2 billion, an increase of about 15% compared to last month. These top 5 Mobile games android not just captivate gamers all over India but also across the world.

The mobile game PUBG Mobile is considered a household name throughout the country. PUBG Mobile truly brought the entire esports scene into its golden years, even though India’s competitive circuit struggled to ever enter the top ranks of major esports in Asia. Aggressive marketing brought tens of thousands of new gamers into the ecosystem every day and their two tournaments per day had nearly 80,000 viewers watching it live via YouTube.
In the year 2020, the game faced a ban in India, though its core elements were retained in a replacement title which came to be known as Battlegrounds Mobile in India.

Grand Theft Auto is one of the most popular game franchises of recent years and has expanded from video games to include novels, comic books, and even board games. There have been a number of different versions that have been released for both home consoles and mobile devices like the Playstation 3, PS4, X box 360, X box One, and various smartphones including Android-based phones and iphone.

The long list of character options allows players to role play as a policeman or even a criminal in the franchise while also keeping players entertained by its open-world environment, freedom to cause destruction to properties within the gaming environment as well as hilarious characters.

In our Top 5 Indian Mobile Games, Garena Free Fire Is At Number 3 – an immense collection of creativity with the second-highest amount of followers in the entire country.PUBG Mobile requires a specific kind of device to play the game at a top-tier level so if you aren’t already the owner of a high-end model, it can be hard to play the game comfortably. However, in Free Fire’s case, any device with moderate power will run this game just as well as it is recommended.

The Free Fire game’s esports scene started to take off in the second half of 2020, attracting a huge number of online viewers. The most popular YouTube channels in the country either have videos about Free Fire or are produced by people who play it as well. While the Free Fire game has not reached the same level as PUBG Mobile did back when it first came out, its e-sport is still considered an attraction on its own.

The most lucrative top-grossing mobile games in India are without question titles that feature a Battle Royale mode. Call of Duty: Mobile was not as popular a game, but it still managed to make some money through the sale of weapons and characters.
Gamers in India are in for a treat. Top Indian mobile gaming organizations like GodLike Esports and SynerGE have created teams dedicated to Call of Duty Mobile, a mobile title developed by Tencent Games. The presence of top-notch esports players from the country signals an exciting future for mobile gaming enthusiasts in India since it guarantees that the best gamers from India will get the chance to go global with a game being played on a smartphone. And this is great news for aspiring individuals who hope to become professional gamers as well.

Supercell is one of the most successful mobile game developers in history, and they need no introduction. Clash of Clans was a product that completely changed the direction of their company. They had much success on their hands with this game considering how it showed a lot more promise than their previous installment which was also a hit overall.

But, it wasn’t enough because Supercell knew how to move forward from here, and they succeeded once again with the release of Clash Royale! This game differs from Clash of Clans because it is a competitive mobile strategy as well as a tower defense game which makes for quite an entertaining experience as you pit your skills against those of other players online.

Clash Royale is a very captivating game because even though each match plays out quickly, the level of engagement required is enough to keep players entertained over a long span of time. One of my favorite things is how Clash Royale keeps me on my toes.

I hope you all will like this article because it is filled with knowledge that could be very interesting. This article talks about games that have recently been trending/are currently trending and a few of them are getting surprisingly more popular every day and we cannot deny the fact that their popularity is growing even more so I would advise you to let your friends know about this discussion.