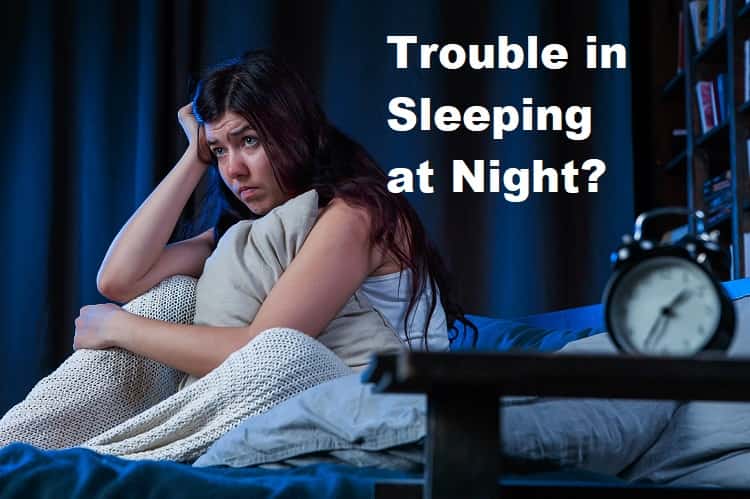 If you’re regularly having trouble either falling or staying asleep (insomnia), make an appointment with your doctor. Treatment depends on what’s causing your insomnia. Sometimes, an underlying cause, such as a medical condition or sleep disorder, can be found and treated — a much more effective approach than just treating the symptom of insomnia itself. 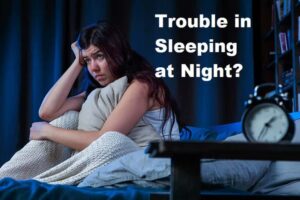 Behavior changes learned through cognitive behavioral therapy are generally the best treatment for persistent insomnia. Sleeping on a regular schedule, exercising regularly, avoiding caffeine and daytime naps, and keeping stress in check also are likely to help. But there are times when the addition of prescription sleeping pills may help you get some much needed rest.

All prescription sleeping pills have risks, especially for people with certain medical conditions, including liver or kidney disease. Always talk with your doctor before trying a new treatment for insomnia.

Here’s information on some of the most common types of prescription sleeping pills used today.

Doxepin is a medication used to treat major depressive disorder, anxiety disorders, chronic hives, and trouble sleeping. For hives it is a less preferred alternative to antihistamines. It has a mild to moderate benefit for sleeping problems. It is used as a cream for itchiness due to atopic dermatitis or lichen simplex chronicus.

Common side effects include sleepiness, dry mouth, constipation, nausea, and blurry vision. Serious side effects may include increased risk of suicide in those under the age of 25, mania, and urinary retention. A withdrawal syndrome may occur if the dose is rapidly decreased. Use during pregnancy and breastfeeding is not generally recommended. Doxepin is a tricyclic antidepressant (TCA). While how it works for treating depression remains an area of active inquiry, it may involve increasing the levels of norepinephrine, along with blocking histamine, acetylcholine, and serotonin.

Estazolam is prescribed for the short-term treatment of certain sleep disorders. It is an effective hypnotic drug showing efficacy in increasing the time spent asleep as well as reducing awakenings during the night. Combination with non-pharmacological options for sleep management results in long-term improvements in sleep quality after discontinuation of short-term estazolam therapy. Estazolam is also sometimes used as a preoperative sleep aid. It was found to be superior to triazolam in side effect profile in preoperative patients in a trial. Estazolam also has anxiolytic properties and due to its long half life can be an effective short-term treatment for insomnia associated with anxiety.

Eszopiclone, sold under the brand-name Lunesta among others, is a medication used in the treatment of insomnia. Evidence supports slight to moderate benefit up to six months. It is taken orally.

Common side effects include headache, dry mouth, nausea, and dizziness. Severe side effects may include suicidal thoughts, unhealthy non-medical use, hallucinations, and angioedema. Greater care is recommended in those with liver problems and older people. Rapid decreasing of the dose may result in withdrawal. Eszopiclone is classified as a nonbenzodiazepine sedative hypnotic and as a cyclopyrrolone. It is the S-stereoisomer of zopiclone. It works by interacting with the GABA receptors.

Approved for medical use in the United States in 2004, eszopiclone is available as generic medication. In 2017, it was the 214th most commonly prescribed medication in the United States, with more than two million prescriptions. Eszopiclone is not sold in the European Union, as in 2009 the EMA ruled that it was too similar to zopiclone to be considered a new patentable product.

Ramelteon is approved in the United States for the treatment of insomnia characterized by difficulty with sleep onset.[2]

A systematic review, published in 2014, concluded “ramelteon was found to be beneficial in preventing delirium in medically ill individuals when compared to placebo.”

Temazepam, sold under the brand names Restoril among others, is a medication used to treat insomnia. Such use should generally be for less than ten days. It is taken by mouth. Effects generally begin within an hour and last for up to eight hours.

Common side effects include sleepiness, anxiety, confusion, and dizziness. Serious side effects may include hallucinations, abuse, anaphylaxis, and suicide. Use is generally not recommended together with opioids. If the dose is rapidly decreased withdrawal may occur. Use during pregnancy or breastfeeding is not recommended. Temazepam is an intermediate acting benzodiazepine and hypnotic. It works by affecting GABA within the brain.

Temazepam was patented in 1962 and came into medical use in 1969. It is available as a generic medication. In 2017, it was the 142nd most commonly prescribed medication in the United States, with more than four million prescriptions.

Triazolam, sold under the brand name Halcion among others, is a central nervous system (CNS) depressant tranquilizer of the triazolobenzodiazepine (TBZD) class, which are benzodiazepine (BZD) derivatives. It possesses pharmacological properties similar to those of other benzodiazepines, but it is generally only used as a sedative to treat severe insomnia. In addition to the hypnotic properties, triazolam’s amnesic, anxiolytic, sedative, anticonvulsant, and muscle relaxant properties are pronounced, as well. Due to its short half-life, triazolam is not effective for patients who experience frequent awakenings or early wakening.

Zaleplon, sold under the brand names Sonata among others, is a sedative-hypnotic, used to treat insomnia. It is a nonbenzodiazepine hypnotic from the pyrazolopyrimidine class.

It is manufactured by King Pharmaceuticals and Gedeon Richter Plc.. It has been discontinued in Canada but can be manufactured if a prescription is brought to a compounding pharmacy. It was prescribed rarely in the United Kingdom, with zopiclone being the preferred Z-drug by the National Health Service (NHS) and is now unavailable.

Zolpidem, sold under the brand name Ambien, among others, is a medication primarily used for the short-term treatment of sleeping problems. Guidelines recommend that it be used only after cognitive behavioral therapy for insomnia and behavioral changes, such as sleep hygiene, have been tried. It decreases the time to sleep onset by about fifteen minutes and at larger doses helps people stay asleep longer. It is taken by mouth and is available in conventional tablets, sublingual tablets, or oral spray.

Common side effects include daytime sleepiness, headache, nausea, and diarrhea. Other side effects include memory problems, hallucinations, and substance abuse. The previously recommended dose was decreased in 2013, by the US Food and Drug Administration (FDA), to the immediate-release 10 mg for men, and 5 mg for women, in an attempt to reduce next-day somnolence. Newer extended-release formulations include the 6.25 mg for women, and 12.5 mg or 6.25 mg for men, which also cause next-day somnolence when used in higher doses.[medical citation needed] Additionally, driving the next morning is not recommended with either higher doses or the long-acting formulation. While flumazenil, a GABAA–receptor antagonist, can reverse zolpidem’s effects, usually supportive care is all that is recommended in overdose.

Suvorexant, sold under the trade name Belsomra, is a medication for the treatment of insomnia.[2] It is effective for insomnia, at least for four weeks and as compared to a placebo.

Side effects of prescription sleeping pills

Some health conditions — for example, kidney disease, low blood pressure, heart rhythm problems (arrhythmias) or a history of seizures — may limit your options. Also, prescription drugs and over-the-counter sleep aids may interact with other medications. And taking certain prescription sleeping pills can lead to drug abuse or drug dependence, so it’s important to follow your doctor’s advice.

Be sure to consult your doctor before taking any sleeping medicine and thaks for read this post, comment us if i miss some points and best medicine in this article.