Super Mario Bros! Do I really need to give an introduction to this game? As a matter of fact, I don’t even need to mention that it is a game. But, for the unaware, it was a game developed and released by Nintendo, for the Nintendo Entertainment System home console in 1985. In fact, it was the greatest game of all time for over 20 years, and it even took the credit of resurrecting the crashed American video game market at that time.

Back in December of 2016, Nintendo launched Super Mario Run–an optimized and compromised version of the classic game–exclusively on the iPhone, and it was a massive hit with a download count of over 78 million. In January 2017, Nintendo tweeted that the Android users won’t be able to play the game until March 23rd. 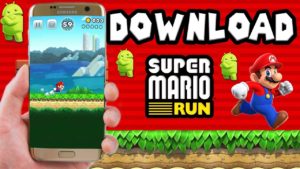 It’s official, Super Mario Run is now available on Android, and you can download it on Google Play here. Like the iOS game, it is free to download and comes with a trial of World Tour, Toad Rally, Kingdom Builder.

There are three modes in the game: World Tour, Toad Rally, Kingdom Builder. It’s bad news for free users; they need to complete the necessary tasks before going to the next mode. However, if you pay a one-time purchase fee of $9.99, you can play all the three modes at once.

Another notable worst aspect is that you need an uninterrupted internet connectivity everytime you play the game. Also, the game pauses if there is a drop in your connectivity and doesn’t resume until it gets back on track. On the whole, it’s an easy-to-play one-button game filled with fun along with some worst aspects.
Despite its first release in the smaller platform–Apple’s iOS–the company still managed to rake $53 million before the end of January. Now it has released in the mass market; we will have to wait and see how Nintendo will manage to drill the Super Mario Run into the Android Market and trade on that Nostalgia!