Top 10 Cricketer in the world

Cricket is a sport which keeps on evolving with the new players entering into the scene in each generation. As the game evolves, the one who adapts to the game will survive for a long time. Every passing month or year, a new star emerges on the block, but only a few go the distance. It is not possible to judge a player with just a series or a calendar year, it must be done over the course of many consistent performances from a said individual. It is so because of the fact that a player can do wonders in a particular series, or even show lots of promise at the domestic level, but fail to display them on a consistent basis. Then they become just another player.

Here in this article we will rank the top 10 cricketers in the world at the moment, not only based on their numbers, but also the impact that they have had on the game, and the amount of achievement from the place where they have come from.

Here Is The List Of Top 10 Cricketers in The World 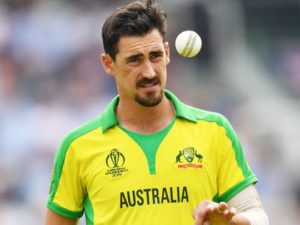 Mitchell Starc is one among the most feared pacers in the world of cricket. He is widely regarded as one of the greatest fast bowlers of modern times, along with the likes of Dale Steyn, James Anderson, Stuart Broad to name a few.

He has the knack of swinging the ball even at express pace and trouble even best of the batsman on his hay day. He would have been up on this list, but his frequent injury problems and limited game time this year make him take the 10th position.

Starc has been a revelation and donned the role of Mitchell Johnson to perfection whenever he played for the Aussies. He is the quickest among the pacers to take 100 ODI wickets, which he accomplished in just 52 games.

He is a useful bat down the order and has been an asset to the Kangaroos. Overall he has picked over 350 international wickets in the baggy green since his arrival in 2010. 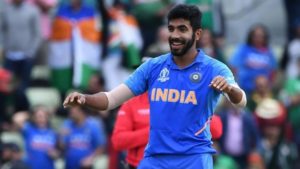 Bumrah, with his weird action, can swing the new ball early on, hit the deck when in flat track, and can bowl some toe-crushing yorkers in the death overs which he learned from his Mumbai Indians teammate Lasith Malinga.

Bumrah had a meteoric rise, from taking the wicket of Virat Kohli in his first ever IPL match, to wearing his first Test cap in the South Africa where he proved he belonged in the Test scheme of things as well.

India is not known for producing express fast bowlers who instill fear in the minds of the batsman, but the arrival of Bumrah can be the start of this new era. 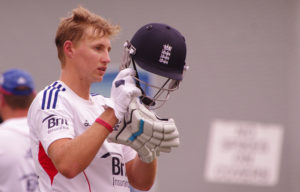 Root makes his mark in almost every match he plays but he is overshadowed by Kohli and Smith in regards to the number of big daddy hundreds that they score. One major drawback from Root’s batting is the inability to convert the 50s into 100s. In the 74 Test matches that he has played for England, he has scored 6279 runs and 4946 runs in the 121 ODIs that he has represented the English team.

His returns after taking over captaincy have largely been subdued, with respect to his own standards that he has created for himself, but the pressure of expectation is always high to deliver with his willow. 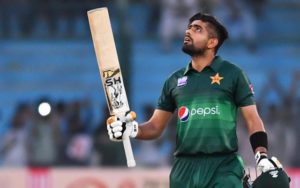 The star in the making.The star in the making.
Babar Azam is regarded by many Pakistani fans as their answer to India’s Virat Kohli. It may be too soon to jump at that conclusion, but Azam has had a stellar limited-overs career for Pakistan so far in his brief stint at the international arena.

He recently became fastest to reach 1000 runs mark in T20 internationals, which he achieved just in only his 26th innings, surpassing Virat Kohli’s previous record of 27. The 24-year-old has been one of the key contributors to the success of Pakistan in limited overs cricket in the past year or so along with Fakhar Zaman and Imam Ul Haq.

His success has been largely limited to the shorter formats, wherein he is still struggling to find his feet in the Test arena, which will be an area of concern for Pakistan Cricket. But he has age on his side and many more years ahead of him. 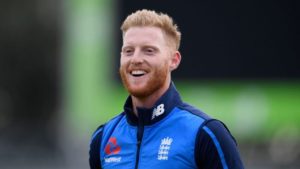 Stokes took the world by storm when he scored the fastest 250 in the history of Test cricket in South Africa which made him one of the most sort out players in the IPL, where was the highest priced cricketer in 2017 auctions. And he responded by ending as the player of the tournament.

Stokes’ career seemed to take a hit when he was suspended by the ECB for almost 6 months for his alleged assault but he came strong in the home series against India. He is in the mold of the great Andrew Flintoff and will look to emulate or even better the dashing all-rounder. 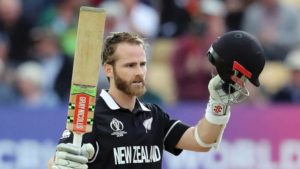 At various points of time, even the greats such as Martin Crowe and Ian Chappel have ranked Kane among the top 4 cricketers in the world which also includes the above-mentioned trio. Such is the impact he has created.

The skipper of the New Zeland team since taking over the reins from Brendon McCullum has led the team to be one of the most consistent teams in all the formats and particularly perform well in the overseas conditions.

His rise through the ranks in the limited overs cricket particularly the T20s has been exemplary after being touted not suitable for the shortest format in his early days. 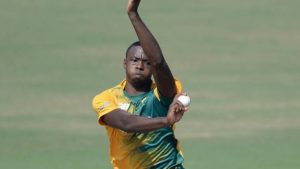 A legendary career in the making.A legendary career in the making.
Just 4 years into his international career, Rabada has already accumulated over 250 wickets across all the formats of the game. He has the ability to single-handedly decimate any batting line up and clearing up the tail in a jiffy. His pace and accuracy have been the reason for his success so far in his short but a good career.

Rabada was the no.1 ranked bowler in Tests for a while before being eclipsed by the ever consistent Jimmy Anderson. After 32 Tests, he averages 21.71 and has a strike rate of 39. These numbers put him against the greatest of fast bowlers ever to have played this great game.

At just 23 years of age, Rabada has time on his hands and if he continues in the same vein, he could land up as one of South Africa’s greatest. He has all the skills in the world to achieve what greats like Allan Donald or Shaun Pollock have achieved. 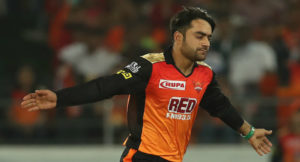 The newest cricketing sensationThe newest cricketing sensation
The rise of Afghanistan cricket can be credited to the rise of one young man Rashid Khan. T20 cricket is a batsman’s game, and the bowlers who survive in this format are mostly mystery spinners or the death bowling fast bowlers. However, for a proper and a genuine leg-spinner from a country like Afghanistan to create the impact that he does is itself a big achievement.

The leaps that Rashid Khan has taken in the span of 2 years is the reason for ranking him higher than the likes of Kagiso Rabada and Kane Williamson. Afghanistan have played only one Test, but in the 50 ODIs that he played, Rashid has taken 118, which is more than 2 wickets per match, and 64 wickets in the 35 T20I matches.

He might be the soul of the Afghanistan cricket, but his rise started after he was picked up by the Sunrisers from Hyderabad where he trained under none other than the legendary off-spinner Muttiah Muralitharan. He is currently No.2 ranked in the ODI format, and No.1 Ranked in the T20I format. 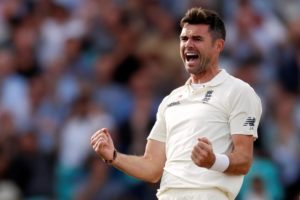 The Messiah of swing bowling.The Messiah of swing bowling.
This generation is being highly criticized for the lack of good bowlers. If there is one bowler, who can put up his hand, and say that this statement is wrong, then it is James Anderson. James Anderson can be called as the bullseye, a man who can hit the same line, with the same length again and again till the batsman makes a mistake.

The 36-year-old Southpaw made his international debut back in 2002 and is still going. He recently overtook his previous generation counterpart Glenn McGrath to become the highest wicket taking fast bowler in the unlimited overs format of the game.

Anderson has taken 564 wickets in the 143 matches that he has represented England. He is also the no.1 ranked bowler in the Test matches. He is also the bowler who has dismissed both Sachin Tendulkar and Virat Kohli the most number of times. These two are probably the best batsman of their generation. This speaks volumes about the kind of bowler Anderson is.

The relevancy that he has brought to the Test Cricket is the reason for ranking in the No.2 spot despite playing only one format of the game. 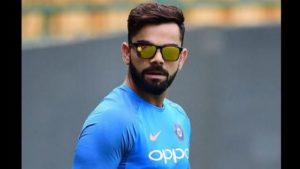 Really is the best in the world.Really is the best in the world.
Was there any doubt? Virat Kohli has been the pillar of Indian batting and has taken the world by storm with some consistent stunning performances over the past few years. He has been the epitome of Indian across all formats in all conditions. The only thing that has eluded him is overseas Test series win as a Captain in SENA(South Africa, England, New Zealand, Australia) countries.

Whenever India plays a bilateral ODI or Test matches, the one common feature at the top of the scoring charts has been none other than Kohli. Such has been his incredible purple patch over the past 5-6 seasons since his career resurgence in the tour Down Under in the year 2012. Apart from the debacle of England 2014, he has not set a foot wrong so far in his blossoming career.

He recently became the fastest to reach 10000 runs in ODI format and also one among few players to score over 2000 runs in a calendar year for 3 consecutive times.