Ripple is a network for money transfers, currency exchange, and real-time gross settlement (RTGS). It uses a common ledger controlled by a network of autonomously verifying servers that compare transaction records continually. The foundation of Ripple is a shared public database, whose integrity is guaranteed by a consensus mechanism between the validating servers. Anyone can own one of those validating servers, including people and banks. Just like Ripple, there are a lot of benefits of using Bitcoin, visit this link for more information.

It is a distinctive cryptocurrency that cannot be mined and used for exchange rather than wealth storage. It was intended to make cross-border money transactions easy, faster, and less expensive. 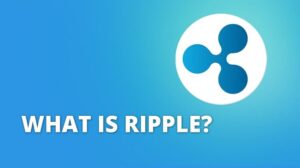 What are XRP and XRP nodes?

XRP is a digital asset built for worldwide payments. The goal of the Ripple protocol (token symbol: XRP) is to make it possible for two parties to transfer money directly and instantly. Currently, sending money internationally can be quite expensive due to banks’ exorbitant costs. To make matters worse, payments may take days to arrive in the recipient’s bank account due to the bank’s antiquated computer systems.

The XRP token is made to address this by making it possible to send substantial amounts of money rapidly, securely, and inexpensively. In addition to potentially assisting common people, financial institutions are also eager to participate in this. The developers of the Ripple cryptocurrency claim that XRP has enticing benefits over other well-known digital currencies. While ETH payments might take two minutes to complete and BTC transactions can take up to an hour to clear, Ripple claims that XRP payments clear in about three to five seconds.

How does the XRP protocol work?

The technology firm providing the foundation for these quicker payments is called Ripple. The company defines the XRP coin it produces as an autonomous digital asset. Despite not having control over the technology, Ripple claims that the coin is employed in its range of products. The corporation owns around 60% of the 100 billion XRP tokens that are available at maximum supply. About fifty-five billion of the XRP tokens that the company holds were placed in a safe escrow account, from which it can withdraw one billion coins each month. However, Ripple has never consistently released such amounts to the market.

Due to Ripple’s hub-and-spoke architecture, XRP is placed in the middle as a device that can be exchanged for any type of money or digital asset, including frequent flyer miles. Through XRP, Ripple can process payment and make it accessible and spendable in 3.5 seconds.

How is Ripple different from Bitcoin?

The consensus algorithm and validation servers are what often cause people to mistakenly believe that Ripple is a blockchain-based platform. Ripple is not a blockchain technology. To condense the data in one place value that can be compared between its validating servers and provide consensus, Ripple uses a HashTree. Payment service providers are joining Ripple more frequently, and banks like it. The Ripple platform’s primary goal is to send substantial amounts of money throughout the globe as quickly as feasible.

Unlike Bitcoin, Ethereum, Litecoin, and other cryptocurrencies, Ripple’s token, XRP, is not mined. Rather, it was issued at the time of the business’s founding, much like how a business issues stock when it incorporates. Simply said, it chose a quantity (one hundred billion) and produced that many XRP coins.

The network employs a special distributed consensus technique to validate transactions rather than blockchain mining. By running a poll, participating nodes validate the legitimacy of a transaction, enabling an immediate verification of a transfer of funds without a centralized authority.

Ripple was designed to send enormous amounts of money quickly and safely. The ledger contains private payment information, while the database contains public transaction data. However, ripple is not the most secure of several other blockchain protocols.